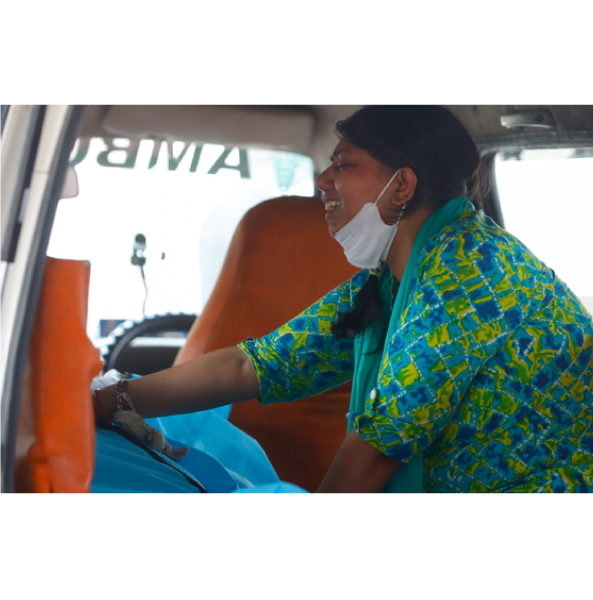 DURBAN – EXPERTS have said that instead of imposing a blanket ban on travellers from Covid-19-ravaged India, the South African government should consider quarantine measures and focus on its genomic surveillance of the coronavirus.

Debate has raged about whether South Africa should impose a travel ban on India as that country battles the spread of Covid-19 – and particularly the spread of the B.1.617 variant of the coronavirus.

At the moment, the World Health Organization) has labelled the B.1.617 variant as a category of interest and further investigations have to be made to determine how infectious it is.

Health Minister Zweli Mkhize confirmed in a statement on Monday night that the B.1.617 variant circulating in India had not been detected in South Africa. However, the minister said the department had consulted with members of the genomics team.

“They have intensified their surveillance, not only to ensure that a variant can be detected quickly, but to understand what the implications are for us in the context of B.1.351 being the dominant variant in South Africa.”

Mkhize said this work was continuing. “We commit to continue to be guided by science.”

He said the department had also consulted the Ministerial Advisory Committee on managing travellers from countries that have epidemics driven by variants of concern.

“Their advice will assist us to determine the next steps forward,” he said, adding that the government would announce its decision in due course.

“For now we ask for calm to prevail as we continue to adhere to the health protocols, tighten containment measures at our ports of entry and keep a balance as we maintain economic activity.”

Mkhize reassured citizens that there were no direct flights from India and that all South African ports of entry employed stringent containment procedures to minimise the importation of Covid-19.

“We are currently on high alert to screen passengers and test those who require further assessment.”ADVERTISING

Professor Thumbi Ndung’u, deputy director of the African Health Research Institute, said banning flights from India would not necessarily be effective. However, quarantining individuals arriving from India for 14 days might be useful.

“It appears that the variants are arising spontaneously and as long as the vaccine roll-out is slow, the risk of these novel variants that can either spread more easily or be more deadly remains,” he said.

Ndung’u said the bulk of South Africa’s efforts should be focused on vaccinating as many people as possible, as quickly as possible.

Professor Wolfgang Preiser, who heads the Medical Virology Department of Pathology at Stellenbosch University, said banning travel from India was a difficult call to make as people could still move between countries, including the Gulf states, Istanbul or even further afield.

This was difficult to monitor, he said. Preiser said South Africa should have a heightened level of alertness regarding patients diagnosed with Covid-19 with a history of recent travel to India.

“I am somewhat confident that we are in a position to recognise cases timeously and hopefully prevent transmission locally,” said Preiser.

He said he was not sure that an outright travel ban would add to that safety margin.

“Over time, nothing will prevent this virus from spreading except population immunity through widespread immunisation,” he said.

Preiser said there was no clear indication as to whether the “Indian variant” had properties that made it particularly dangerous. This needed urgent investigation and was being studied.

“As importantly, it is not even clear whether this variant is a major driver behind the terrible current surge in India,” said Preiser, noting that human behaviour was a factor.

Preiser said he was proud of the work done by the Network for Genomic Surveillance South Africa.

“This allowed us to detect the 501Y. V2 variant in early December and to monitor its spread over space and time. Many countries, including many industrialised ones, have still not reached the same level of monitoring that we have.”

“It would be better for the government to be cautious and take the tough decision to minimise travel, as other countries have.

“It doesn’t have to be long term and there could be constant reviews of the decision until we know enough about the variant,” she said.

Choonara appealed to South Africans to show solidarity with the people of India in any way possible.

Jennifer Morris, of Travel Savvy, said there were currently connecting flights from Mumbai and Delhi to Johannesburg via Doha on Qatar Airways.

There was also a weekly connecting flight from Delhi to Johannesburg on Ethiopian Airways via Addis Ababa, she said.

“While there are no current restrictions on travellers from India to South Africa, it should be noted that this could change at any time,” said Morris.