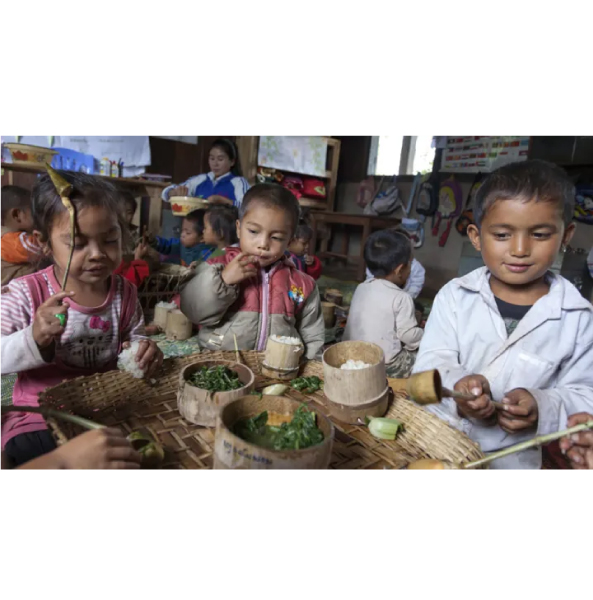 Doing it for the kids: Engaging youth to help lift burden of NCDs

Doing it for the kids: Engaging youth to help lift burden of NCDs

GRANADA, Spain — As more and more countries become aware of the dangers of noncommunicable diseases,  governments, NGOs, and international organizations are searching for effective policies and interventions that can prevent the onset of disease — not just for individuals, but entire populations. And there’s increasing evidence to support policies targeting specific subpopulations as a strategy to reduce NCDs — in particular, “catalytic populations” such as women and youth.

Targeting youth is critical to reducing NCDs, as many of the risky behaviors leading to chronic disease later in life begin during childhood or adolescence. In fact, according to the World Health Organization,two-thirds of premature deaths in adulthood result from childhood conditions and risky behaviors acquired during adolescence. For example, more than 150 million young people use tobacco; 81 percent of adolescents aren’t getting enough physical activity; and 41 million children under 5 are overweight or obese.

“Since many long-term behaviors are formed during youth — including unhealthy patterns — it’s a key moment to intervene,” said Martin Valdivia, senior researcher at private nonprofit research center, GRADE. “Multinational corporations are well aware of that, so they target youth for their products, and preventive policies need to include a strategy to counteract such efforts.”

One of the easiest places for government to introduce youth targeting is at schools.

Evidence-based policies might include ensuring that regular physical education is incorporated into children’s daily curriculum, providing healthy school lunches, and discouraging the sales of sugary drinks or junk food on school property. Implementing such policies in low- and middle-income country contexts, however, can be challenging.

Many schools in LMICs might also lack industrial kitchens or resources to fund on-campus lunch programs.

According to Dr. Feisul Mustapha, consultant health physician and deputy director of NCD section disease control division of the Malaysian Ministry of Health, some schools in Malaysia have found a workaround for the challenge. Lacking a government-funded school lunch program, parents and teachers are organizing and self-funding programs in certain districts. Teachers collect money from parents each month and make the lunches for the students on campus.

In order for such programs — or really any health interventions in a school — to work, however, it’s vital to first ensure that the program has the support of school administrators, teachers, and parents, which often requires educational outreach, said Mustapha.

“One of the biggest challenges with any program involving schools is getting the buy-in from the teachers,” he said. “In Malaysia, there’s a heavy focus on academics, and the teachers are already quite overburdened with administrative work. It can be difficult to convince them to focus on NCD education, in addition to their busy schedules.”

Shakira Choonara, obesity prevention coordinator for South Africa at the Washington D.C.-based NGO Global Health Advocacy Incubator, also believes that including youth in the process of formulating NCD reduction strategies is vital to their success.

“Youth champions know what other young people are interested in and what they will respond to,” said Choonara. “They know what’s cool, and what the trends are — without that insight, you are unlikely to change behavior.”

Merely focusing on programming targeting schools and youth education, while helpful, are unlikely to have a big impact on NCDs by themselves: Environmental factors also need to be addressed.

However, according to Bryony Sinclair, senior policy and public affairs manager at World Cancer Research Fund International, such regulations need to be crafted with the utmost care.

“It’s absolutely essential that proper monitoring and evaluation is incorporated into the development process of these regulations, because in the real world, we’ve seen that even the best-intentioned policies can have unintended consequences,” she said.

For example, two independent studies of companies’ responses to advertising restrictions imposed on sugary beverages and cereals to children under the age of 13 and 11, in Canada and the United States respectively, found that the policies merely resulted in companies doubling-down on advertising targeting adolescents.

In Canada, the percentage of adolescent-targeting adsnearly doubled from 15.5 percent in 2006 — the year before the policy was implemented — to 30.4 percent in 2011. Meanwhile, a study analyzing the impacts of policy changes in the U.S.found that while child-targeted cereal marketing expenditures fell by 25.9 percent following regulation, “cereal companies shifted expenditures to teen-targeted markets, which increased by 36.8 percent.”

“Youth champions know what other young people are interested in and what they will respond to. They know what’s cool, and what the trends are — without that insight, you are unlikely to change behavior.”  — Shakira Choonara, obesity prevention coordinator for South Africa at the Global Health Advocacy Incubator

Sinclair also warned that for regulations to be effective, policymakers need to be very careful about how they define “marketing and advertising.”

“Ideally, you’d want to control all forms of marketing and advertising, whether on TV, in the digital sphere or on packaging,” she said. “Today, there are so many mediums that children are exposed to. There are online ads, advergames, and social media contests driven by big multinationals. It can be really tricky to get the regulations right.”

Finally, effective policies should be very clear about what can and cannot be advertised and marketed.

“It’s pretty clear that chocolate cake is not healthy and broccoli is, but in the middle, it gets a lot trickier,” she added. “It often comes down to determining what levels of sugar, fat, and salt are OK, and which are not, and making sure that companies know that.”

A number of high-income countries have begun to implement front-of-package labeling aimed at informing consumers about products that are high in sugar, fat, and other products: In 2014, Australia and New Zealandwere among the first countries to implement a labeling system called “Health Star Ratings,” which graded products from half a star to five stars, depending on healthfulness. In 2017, France developed a similar voluntary system with five categories, using color-coded letters from A to E used to summarize the healthfulness of products.

The good news about NCD reduction is that stakeholders ultimately know what’s required: Populations that avoid the key risk factors are less susceptible to developing NCDs than those who engage in more high-risk behaviors.

While crafting effective health interventions and relations can be tricky, the payoff is huge: According to WHO, for every $1 invested in scaling up interventions in LMICs, governments will see a return to society of at least $7 due to increased employment, productivity, and longer lifespans. And the younger that people are when they adopt these habits, the easier they will be to maintain, which ultimately benefits everyone — according to ADB’s Roth.

“When we talk about preventing NCDs, you have to instill a healthy lifestyle and healthy behavior from the very beginning,” she said. “I very much believe habits that children adopt at the school age will continue into adulthood: If a child is used to working out, being physically active all day and eating a healthy diet, they’ll find it easy to continue this as an adult.”

This is the first of a two-part series that focuses on how to target “catalytic populations” — youth and women — to help reduce NCDs.

For more coverage of NCDs, visit the Taking the Pulse series here.