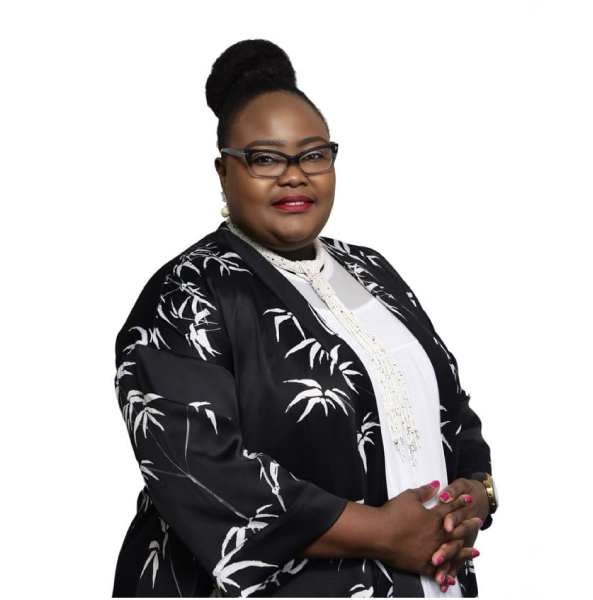 The tangible changes needed in society to achieve gender equality have been staggered and delayed, and now it cannot wait any longer. This is a continent-wide call, and an anguished demand, for more to be done because there is always more to do.

As a woman who is pursuing a career in a male-dominated industry, I have had my fair share of experiences which were shaped by my gender. These experiences were often (if not always) unwarranted, out of my control and normalized by my peers. They were not a reflection of my knowledge, my ability and my talent. The danger here is the prevalence of normalization when it comes to the challenges that women face and the clear lack of support from institutional structures in addressing this in a way that I can SEE and TOUCH and rely on in moments such as these.

It should not be normal that women are confronted with gender inequality, in one way or another, every single day of their existence. It is also not normal that we cannot easily name a number of institutions that are actively addressing this in a way that is trusted, effective and accountable. Those in power have a responsibility to the female population to make sure that something is done and it must be done now.

Policy that has come to be up until now in response to this, has been lacklustre and has failed to understand exactly what women are asking for. There is a tendency to mute and mince the experiences of women in our society and this will ultimately stop the growth of all aspects in our communities for everyone. We need to close the gender gap so that Africa’s women can thrive. If Africa’s women are thriving, Africa is thriving.

Gender equality is not a woman’s issue; it is humanity’s issue. The United Nations Entity for Gender Equality and the Empowerment of Women, also known as UN Women, has evidence that society is better off where women are stronger and more powerful where they work. Society is stronger where women have equal access, are equally educated and equally able. Where women lead in business, more people are employed and where women earn more income, communities are richer. The simple intent of investing in developing more women in the workplace has a direct impact to create stronger economies. This, I think, is something we can all benefit from. In areas where a woman’s status is considered as highly as a man’s, is where there is growth. This is where young girls grow up more empowered and more able to be better innovators, leaders, and mothers. Today, this is not our reality and that needs to change.

We cannot continue to ignore the reality. Fully capable, fully competent and fully knowledgeable women are hiding from their own potential because systems do not exist to support them. Where there is support, it is limited and wrapped in conditions which fail time and time again to do what they are intended for. We have seen this play out right before our eyes many times in the past.

I have said this for women’s rights issues before: Injustices related to gender inequality are usually ‘dealt’ with by launching investigations and reviews, followed by an issuing of a statement and then a resignation which resembles a mutual separation. This way of ‘dealing’ with things adds nothing to the war against gender inequality because the truth is buried. Accountability is easily overlooked and the course of recovery is warped. Everyone carries on with their day and often nothing changes for the woman directly affected. This is the unfortunate nature of speaking out against gender disparity. Those in power have not been in full support of those wronged in efforts to save face and maintain what is a politically correct and gender conscious image.

I am speaking to you. Governments, policy makers, large corporations and institutions of society. You tread too carefully, are too afraid and are worried about losing too much to the extent that the gender remains unheard and unseen. That is the essence of the injustices constantly depriving women of the successes that men so easily have access to. Successes in their career, in their personal lives and in instances where they have a right to demand more.

Your written statements and female-focused committee talk shops are not enough. There was never a time where this was adequate for the struggles that African women face. And, when you think you’ve done enough, take the time to learn, unlearn and learn again because this particular struggle will never end. Africa’s women, children and LGBTQIA community, remain the most vulnerable simply because of the structures you have built. As long as those structures exist, we will need your continued support. Without this support, you may be hindering the development of the next female president of an African nation or the next Shakira Choonara.

What I am calling for instead is disruption, an absolute upheaval of the very foundation that allowed these injustices to occur. Remove the roots that grow gender inequality into the organization with swift action. Step down, boycott and disassociate from all who perpetrate the oppression of women’s growth completely and immediately. In cases where it is warranted, unveil those guilty from the protection of anonymity and expose them to society and the law for judgement that is equally as damaging as the trauma and career-stopping hindrance that women have to face.

Transformation has just become the latest buzz word when speaking on the call for gender inequality. It needs to move from a buzz word to real-life policy that women can turn to, to know their rights and to know when enough is enough. Buzz words are nowhere near enough, and uttering them at fancy corporate events and fundraising initiatives is not the change that women are asking for. Now that we’ve established that there is an issue, let’s use our power and resources to create things that will make a change.

Let us start now, while the COVID-19 pandemic is ravaging our society. Women, in disproportionate levels to their male counterparts, face a greater burden of unpaid household chores and childcare in their homes. At health systems, they now face a disruption of sexual and reproductive health services. The common reality of being the lower-paid gender has left them in positions where they have fewer stable jobs. Men have some of these problems too but women face the possibility of experiencing even greater strain.

A good place to start is by positioning women’s voices in a more prominent way. Ask and listen. Not just listen, but listen carefully and listen to act. All too often, government, policy makers and powers in the private and public sector are eager to speak to women but not to stand behind these conversations in a way that counts. We need you to take a stand. Put your money where your mouth is and make it happen for millions of women, who make life happen for many of you no matter the odds. It is now time, to even those odds.

Nontando Mthethwa is the head Head of Public Affairs and Communications at Allan Gray Orbis Foundation.